European Citizens initiative: A historical campaign has been born 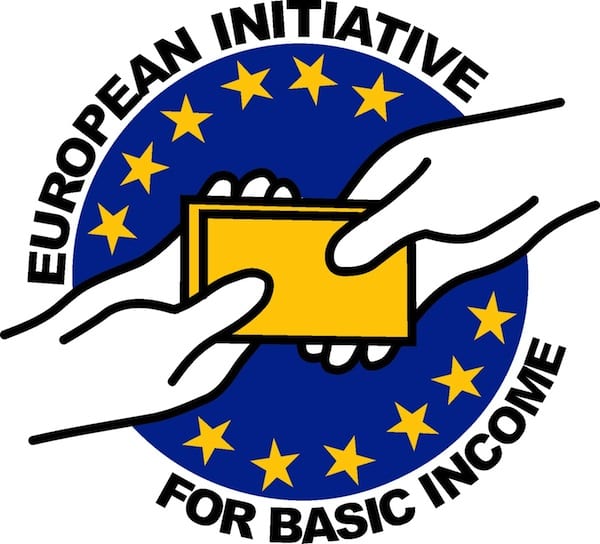 After an unsuccessful first attempt, the European Citizens’ Initiative for Unconditional Basic Income finally got accepted by the European Commission, thus opening the possibility for the organizers from 14 European countries to start collecting their signatures of support. Hereby starts a 12-month European-wide campaign for basic income in Europe, with the goal of collecting one million signatures.

Under the European Citizens Initiative (ECI) new procedure, the EU commission must certify that the goal of the initiative submitted by citizens falls under its competences and attribution before citizens start collecting signatures, so that they don’t do it for nothing.

Following the first rejection by the EU commission, which stated at the time that the proposal “manifestly fall outside the framework of the Commission’s powers to submit a proposal for a legal act of the Union for the purpose of implementing the Treaties”, the citizens committee decided in Munich to keep on working on a second attempt, with the main objective of having it accepted by the EU commission.

Citizens met again in Firenze (Italy) and, after discussion and consensus, submitted a new proposal – the one that just got accepted by the commission. In order to meet the commission’s requirements, the new text (available here on the website’s commission), does not demand a “legal act”, but instead requests the commission to explore the feasibility of a European basic income. What fiscal harmonization would be necessary for implementing a basic income in the EU? What would a basic income imply for other social policies and labor rights? These questions must find clear answers. Hence the new title of the initiative: “Unconditional Basic Income (UBI) – Exploring a pathway towards emancipatory welfare conditions in the EU”.

This can be done by organizing conferences, calling for studies, giving subsidies and any other means the commission has. Long story short, we’re asking the commission to make a serious case for the implementation of basic income in Europe, and to feed the debate on how to do it in a harmonized way inside the European Union. As we expected, this request could hardly be rejected by the commission.

Now the next step is to have the online signature collection system be authenticated as ‘secure’ by the EU authorities, so that people can directly sign the initiative online. The ECI citizens committee decided to use the system and servers provided by the EU Commission in Luxembourg, which implies a delay.

In other words, citizens cannot sign online yet, but of course we will let them know as soon as they can through our facebook page.

If we collect more than one million signatures, then the commission will offer a hearing to the organizers at the European Parliament in Brussels. The EU commission will then have to accept or refuse the demand expressed by citizens, and give justifications for it.

We admit, our demand is very modest – and the results highly hypothetical. But one has to start somewhere. In France, the ECI has inspired and empowered groups of citizens who are now working hard to create a broader social movement. Being at the front line of this, I can assure you: nothing would have happened without such a challenge like the ECI.

And this is why I completely agree with Philippe Van Parijs, who said in a message of support to the organizers: “Whatever the exact wording and whatever the number of signatures that will ultimately gathered, it is good to seize this new opportunity for spreading the idea of basic income far beyond the circles in which it has been thought about so far. The challenge presented by the mobilization of a civil society spread over 27 countries and speaking 23 different official languages is huge. But is is definitely worth taking on.”

The road may be long, but the way is clearly free. Let’s make it a historical campaign!